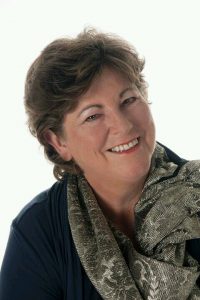 Ingrid Stoop developed the MatriXmethode in 1990.

She is one of the first and most experienced Child Coaches in the Netherlands and helped numerous people to overcome their fears or anxieties.

Ingrid combined her knowledge and experience from a range of studies and trainings into this very effective programme that helps adults and children to solve their own problems themselves.
Ingrid’s Education includes:

MatriX coaching is new to the UK but in the Netherlands, USA, Curaçao, Bonaire, Sweden, Germany and Belgium MatriX coaches are doing fantastic work in schools, in coaching, in mental health care and in companies.

Irene Klop came in touch with Ingrid after a friend – who is Child Coach in the Netherlands – made her aware of the benefits of MatriX coaching.  She discovered MatriX coaching was not available yet in the UK and she decided that had to change. After a few phone calls she travelled to the Netherlands to take a one day training with Ingrid Stoop. The effect of that training on her work in a UK primary school was amazing. For example, a boy who had had one to one support for two years and was still unable to blend the sounds into words, could read five to six letter words after only working with Irene for six sessions of 15 minutes!

Soon Irene was determined to take the full training  in the Netherlands and become a MatriX coach. Direct ‘from the horses mouth’ she learned the skills and attitude of the MatriXmethode by Ingrid Stoop. She also followed a master class in which Felice Flameling-Visser theoretically and scientifically supports why the MatriXmethode works so well. Now Irene implements MatriX coaching in her teaching and tutoring and also offers pure MatriX coaching sessions; in person, by phone or by Skype.

MatriX coaching is not just for kids. It works for adult just as well. Recently Irene has specialised in working with artist. Actors, musicians, painters – creative people in all forms – need free artistic flow but often feel blockades or fears standing in the way of reaching their full potential. MatriX coaching empowers them to overcome these obstacles and be in charge again of their creative minds and deal with the challenges of their professions.